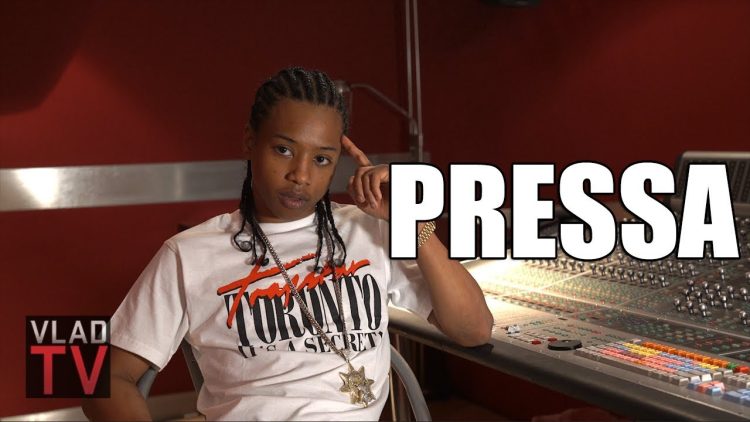 Pressa Talks Going on the Run for Attempted Murder

WATCH Part 2: https://goo.gl/M9Zts2
Part 1: https://goo.gl/YGJ8uX
_______________________
In this clip, Pressa gives a background of his extensive criminal history as well as that of his father and brother. Pressa goes in depth about selling drugs from his mom’s house and eventually having that house raided by police. He talks about how his criminal background includes a conviction of organized crime, a charge of attempted murder, and drug distribution. Pressa actually went on the run over the attempted murder charge but was eventually caught and served 10 months before the charge was dropped. According to him, he didn’t even stress the possibility of a conviction because he was confident in his innocence. Pressa also took time to reveal that his name is an homage to his father, who was also heavy in the streets and aptly named, Prestige.

The Daily Grind is our large platform that allows artists, managers, and labels to submit their own videos, mixtapes, or singles to gain more exposure and fans across all of our networks. Users can interact, network, and collaborate.